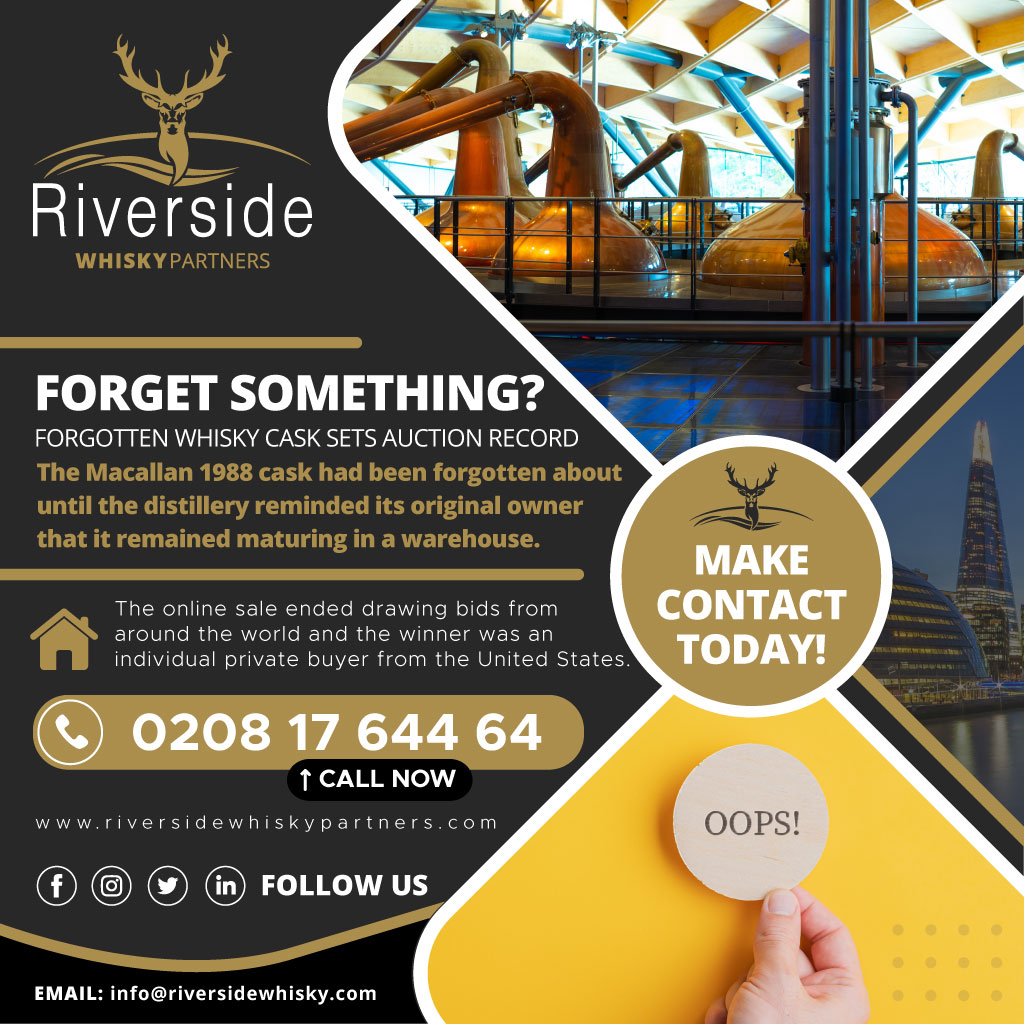 Riverside Whisky Partners continues its look at auctions, with an amazing story of how it sometimes pays to be forgetful. Continuing our May 2022 series of articles featuring auctions past and future, a lottery win is something many can all but dream about. However! What if you were to purchase a cask and for some inextricable reason; you forget about it. Then, unexpectedly you are contacted by the distillery decades later, what would be your reaction?

This article was posted by the BBC and we note key points of this amazing story.

The Macallan 1988 cask had been forgotten about until the distillery reminded its original owner that it remained maturing in a warehouse.

The online sale, which ended on Sunday, drew bids from around the world. The winner was an individual private buyer from the United States. It smashed the existing auction record for a cask, set at £444,000 in 2019.

Held in bond at The Macallan distillery, the 374-litre refill butt was filled on 5 May 1988.

The hammer price was £915,500 at specialist auction site Whisky Hammer, with the bidder paying £1,007,050 including buyers’ premium.

Daniel Milne, Whisky Hammer managing director, said: “When this cask was listed in our auction, we knew it had the potential to make history.”

The Macallan distillery in Aberlour reminded the original owner about the cask.The cask could provide 534 70cl bottles of the single malt. This “per bottle'” price of £1,907 from a cask also sets a new record.

The previous £444,000 auction record, held by Bonhams, was also for a cask of The Macallan. It was set in November 2019 for the sale of a 30-year-old re-racked sherry hogshead, which contained 261 bottles.